Again With the Cows…

Around the time I was painting Cycling Past Cows Under Cumulus Clouds and the kids were starting their first paintings on MDF, I had them paint a couple of cows on paper. I drew a simple cow on a piece of paper and had them paint it. 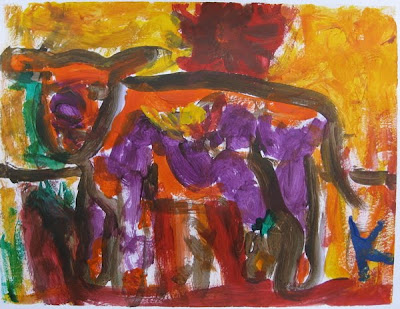 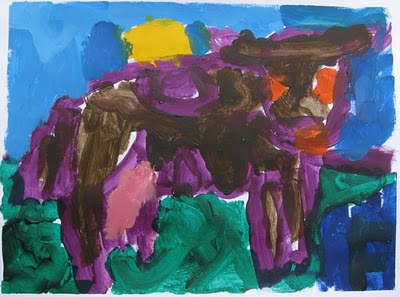 They turned out so well I thought it would be fun to do something similar on MDF so I hatched in my devious little mind the “Brown Cow Project”. I cut, glued up , and prepared three (nearly) identical sized boards. Then, I drew a cow on some cardboard and cut it out to use as a stencil and drew three identical cows: one on each of the boards. Then I let the kids at it – they could paint their cows anyway they wanted…

Originally I thought I might get Amanda to try painting one of the cows (as I’d already just painted some cows…) but she didn’t seem all that interested so I painted the third one.

Here’s what we came up with: 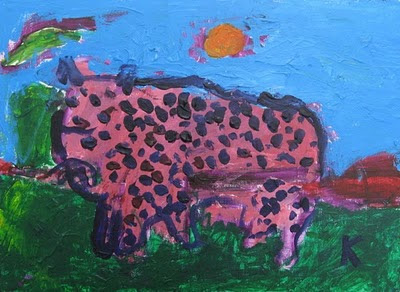 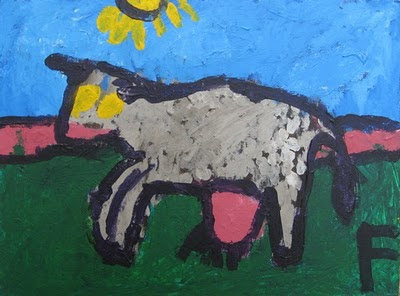 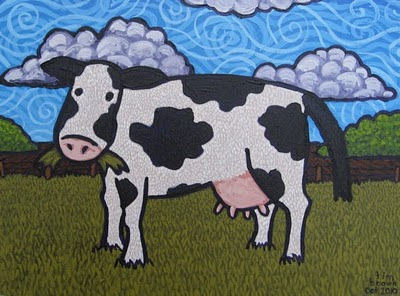 The irony being that none of them ended up being brown… but they were painted by Browns! Despite my vision of something resembling uniformity only one ended up looking much like the original drawing/stencil… (you can try and guess which one) but that’s all okay. Far be it from me to stifle a collaborators own artistic vision!!