Sketching at the Symphony (and elsewhere)

I've been doing not-so-bad with my "draw a page a day" for the last little bit... On the weekend we attended the Saskatoon Symphony Orchestra's "Evening at the Opera" (part of the Master's Series concerts which we bought a subscription to this year). I brought my sketchbook along.... 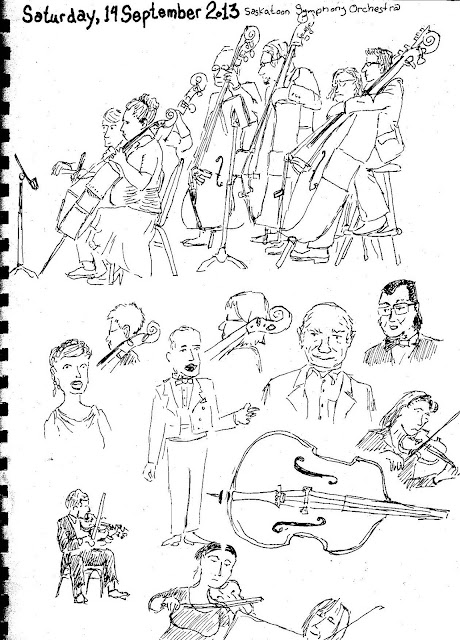 We've got seats up nice and close so I can see everything. There will probably be lots of pictures of cellists and bass players on the days we go as we're off to that side... and I think we have the same seats for the entire series.

The kids also brought their sketchbooks. They didn't draw anything they saw there. They just drew super heroes and whatnot... Ah well... they at least LISTENED to live music while they drew. 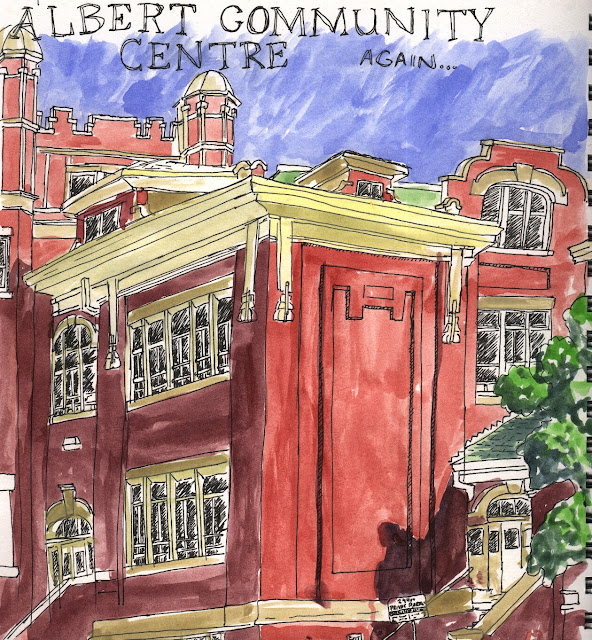 Another (somewhat rushed!) sketch of the Albert Community Centre. Just like last week I had some time to kill while the kids did their clay hand-building class (put on by the Saskatoon Potter's Guild for homeschoolers) and it was a beautifully warm September day, so.... This is the other side of the building - and in COLOUR! I didn't get out and do nearly as much watercolour sketching as I'd hoped this summer. I suppose it's better than previous years when I did NONE!

I sat in the grass this time, which was slightly less painful on my bum but I kept getting visited by Ladybugs. At least a dozen crawled over my legs of the hour and a bit. Or maybe it was one rather tenacious Lady Bug determined to claim me as his/her own?!

Here's one on my bag: 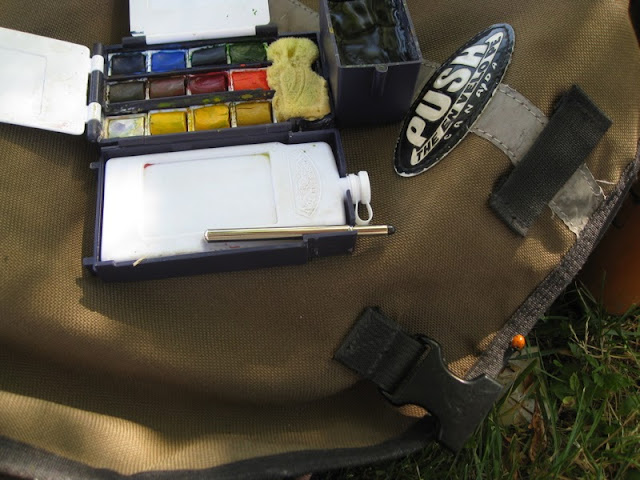