What kind of got me started painting again was the Critters on Bikes series that I’ve been working on.

A couple years ago Amanda got a pile of picture frames of Xmas. I think my mom might have gotten them for her. They sat for a year. The following Xmas she put them up on the wall – with the silly “photos” that came in the frames – a very happy looking family in black and white… She hung them up thinking they would motivate her to fill them with… “something”. They hung there for a year. You wouldn’t believe how many people asked if it was Amanda’s sister and her family! Another Xmas rolled around and I decided to take it upon myself to start filling them with things… 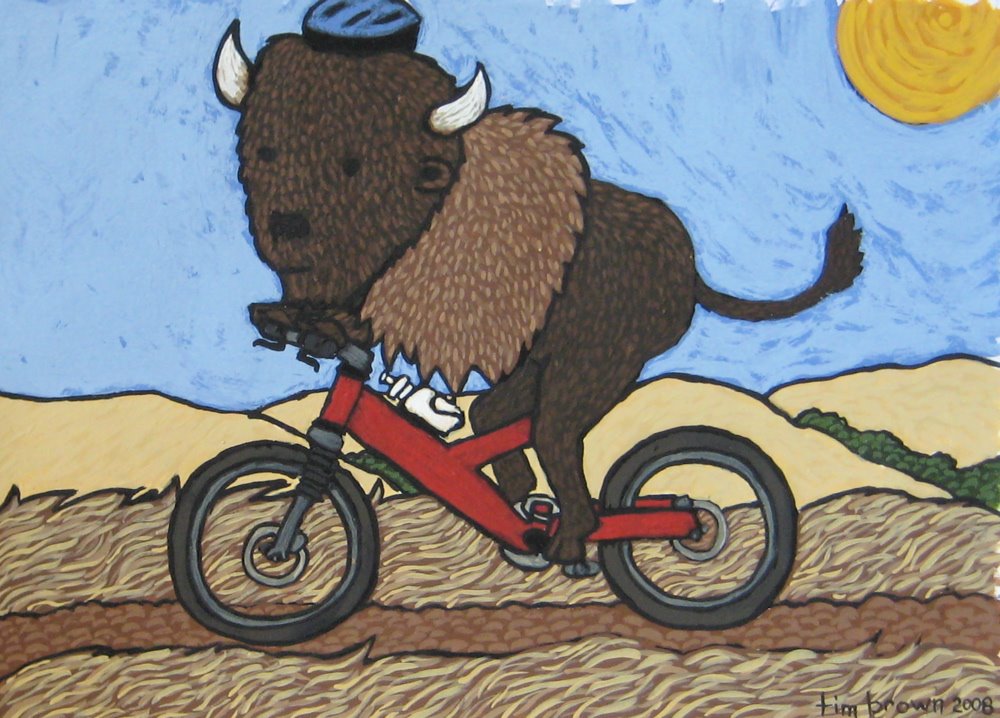 This was her Xmas present. I snuck it into the frame Xmas eve after she had gone to bed. I think it was Finnegan (He-who-can-not-keep-secrets) that finally pointed it out to her.

Every gift giving holiday after that I painted another to put in one of the frames.

This was her Valentine’s present. I missed Ground Hogs Day…. 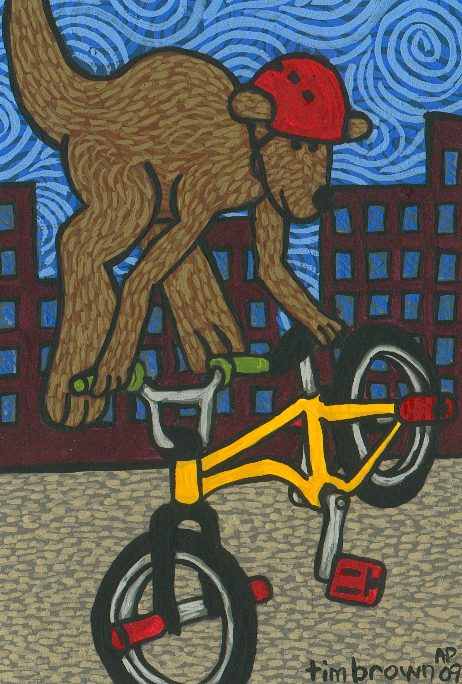 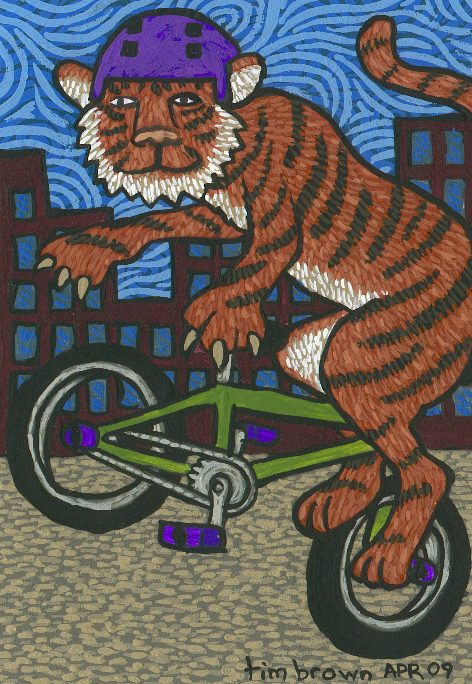 The first two were in individual frames. The rest of the frames had spots for multiple pictures so I thought I’d try and have a bit of a “theme” within the multi-picture frames. I think these were for her birthday… 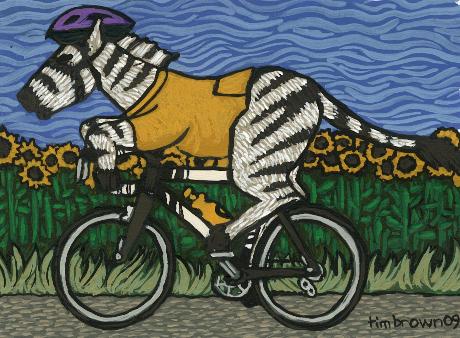 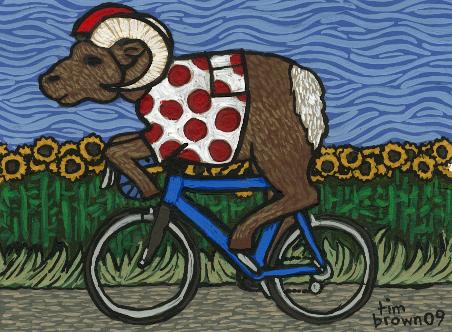 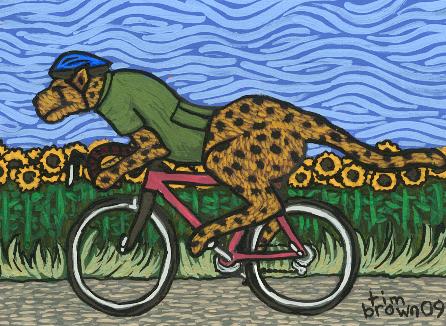 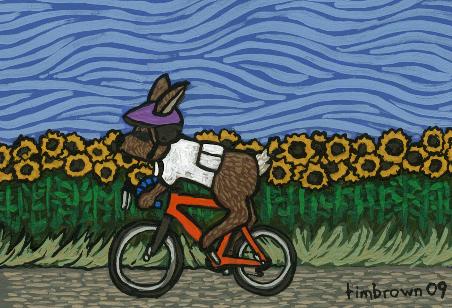 
Another four picture frame – another theme. “Le Tour” group I think started as a late Mother’s Day present (in JULY!?)… that didn’t quite get finished until… oh… November!? 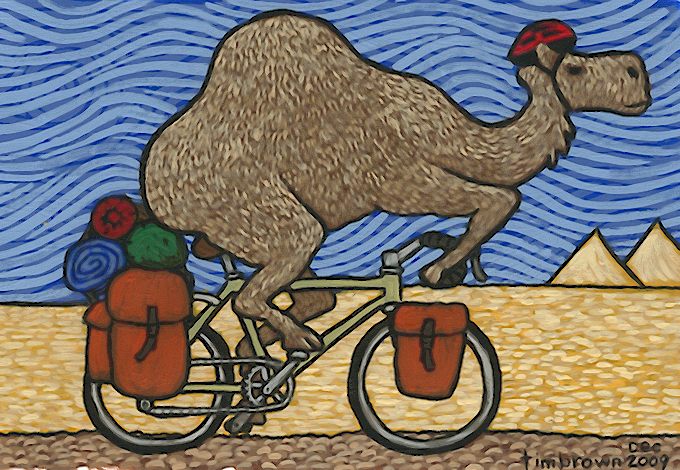 The Camel brings us back to Xmas again… It was also in a multi picture frame, but there won’t be so much of a theme to these. I have a general idea what the other two are going to be – but I’m not going to mention that here (as it will spoil the surprise).

I missed Valentine’s this year… but I was working on other stuff (as you shall see…) and this year’s birthday present is also late (birthday was last week, painting still being worked on… at least it’s STARTED!)

These have also been chronicled over on my bike blog...
Posted by tim at 6:04 PM