I kind of gave up on Kaijune after the GIGAGOOSE... but once I let that go, I did start doing some more drawings/paintings of Critters on Bikes - mostly inspired by the works of Richard Scarry.

I've been trying out some different paper and sketchbooks and experimenting more with Holbien Acrylic Inks. I'm not sure if I should call these drawings or paintings... I mean, I draw with a pen, but then colour with a brush (like painting) and then touch-up the outlines with a pen again... I don't know. "Illustrating", I guess.

One of the things I LOVED about Richard Scarry's books as a kid was the fact that there WERE bicycles in the books and so I've been seeking out those pictures the last week or so and copying them into my sketchbooks for practice and inspiration. 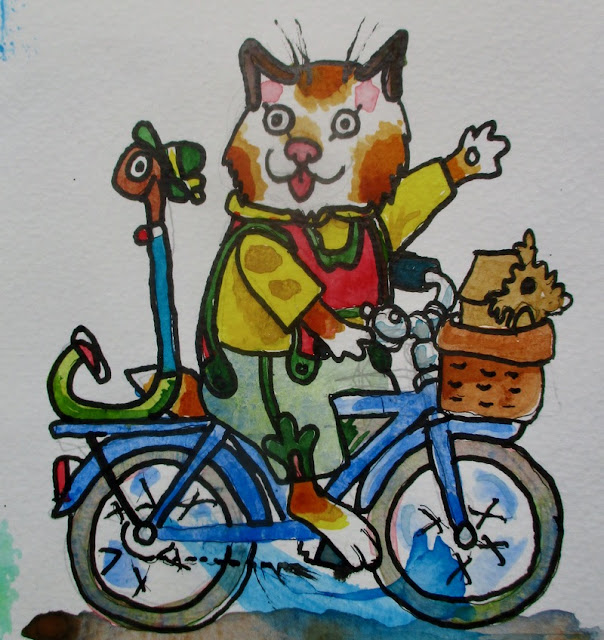 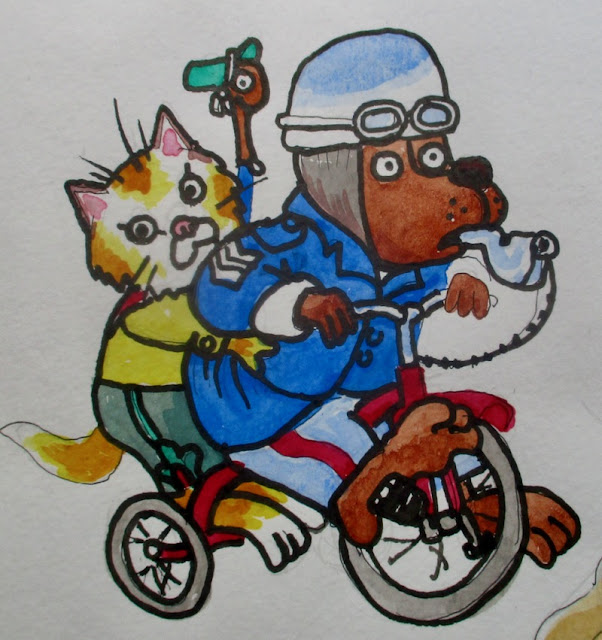 Huck and Lowly again - and a police officer that commandeered their tricycle after a criminal made off with his own bike - also copied from Richard Scarry. 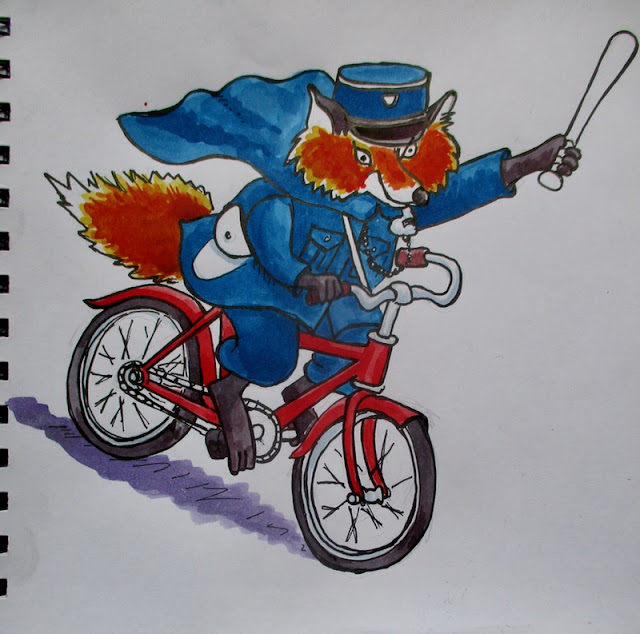 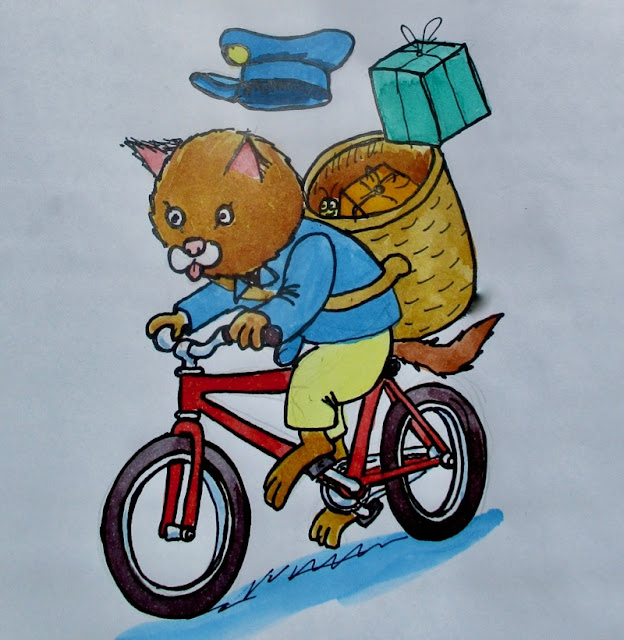 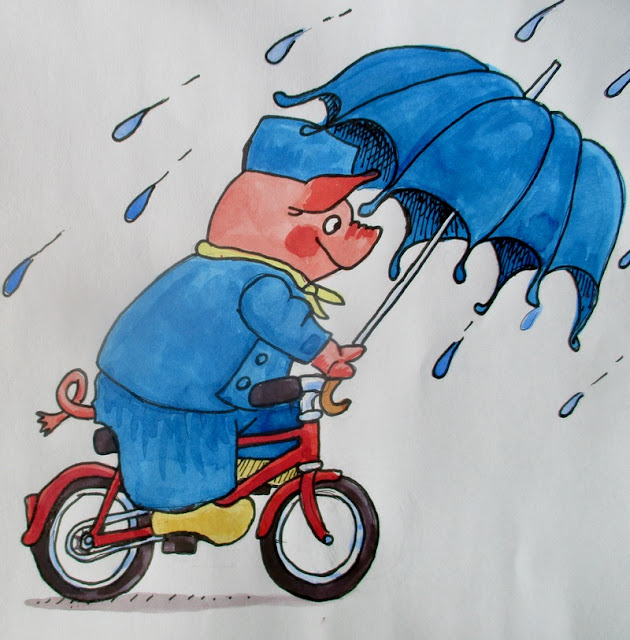 Dutch repairpig from Busy, Busy World that stuffed a tourist into a dike to (temporarily) plug a leak! Copied from Richard Scarry. 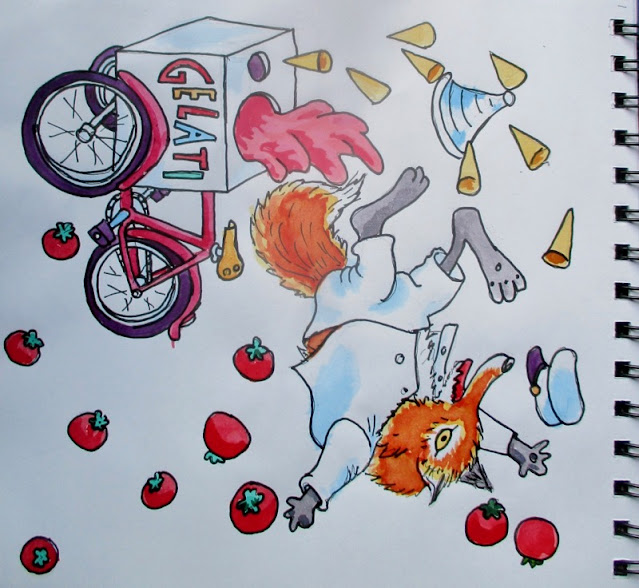 This one is based on an illustration from Richard Scarry's Busy, Busy World, in Rome where a runaway car bashes into this poor fox's gelati bicycle cart and motor tomato cart (and others) - there are cones and spaghetti and tomatoes and balloons and bicycles all thrown up into the air! 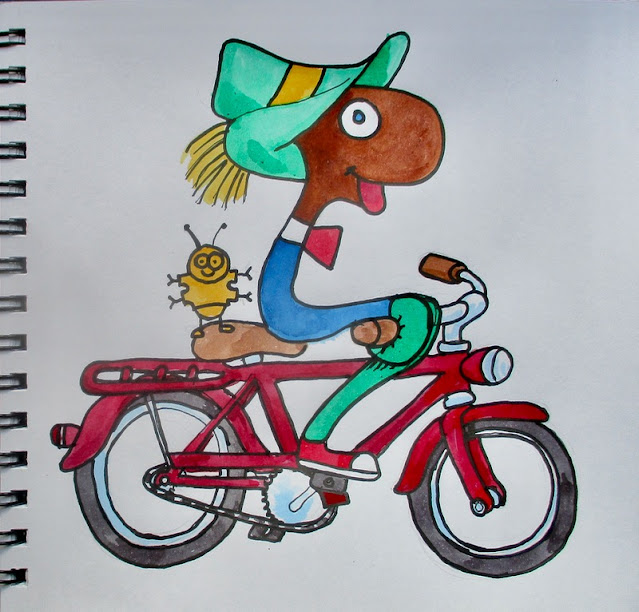 Lowly Worm and his friend Goldbug on a bicycle. I found this image on the internet as part of a pdf activity book made by Richard Scarry Books. I found it interesting as it has details that Scarry often left out in drawings of bicycles in books I've been looking at lately. 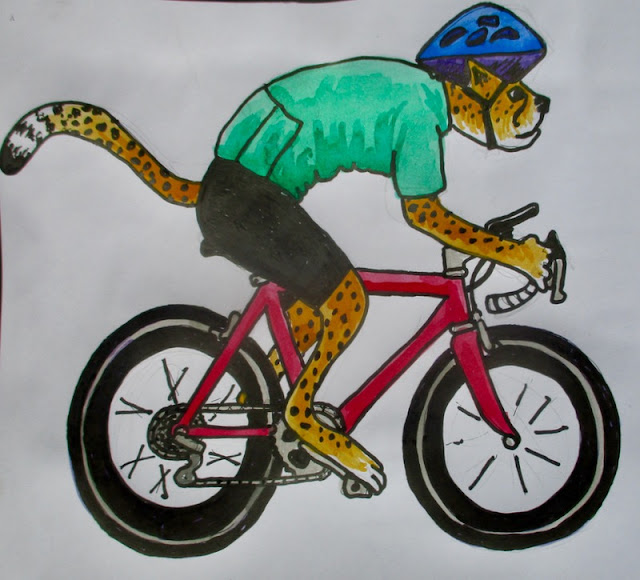 Not copied from Scarry - this one's all me - Cheetah on a Road Bike. 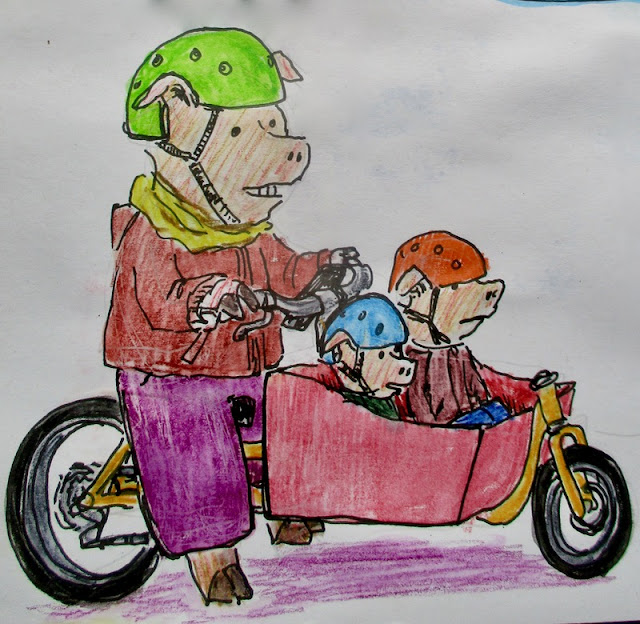 Another doodle I did in my sketchbook while waiting for Keira at her music lesson - Piggies in a Cargo Bike!
Posted by tim at 2:00 PM