I thought I'd try making halloween costumes with the kids this year... 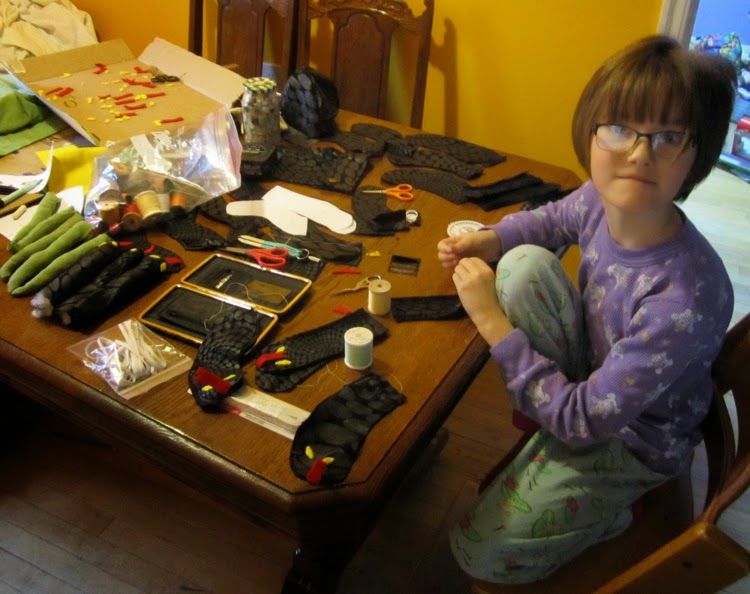 it was a bit of a group effort. The kids came up with the original ideas; "Cthulhu' and "Medusa", respectively. I helped plan and design the bits we were going to make. The kids did a lot of the marking out and cutting of materials. They also did sewing, where they could. I did a a fair bit of the tricky stuff and... well... other bits just to speed things up... 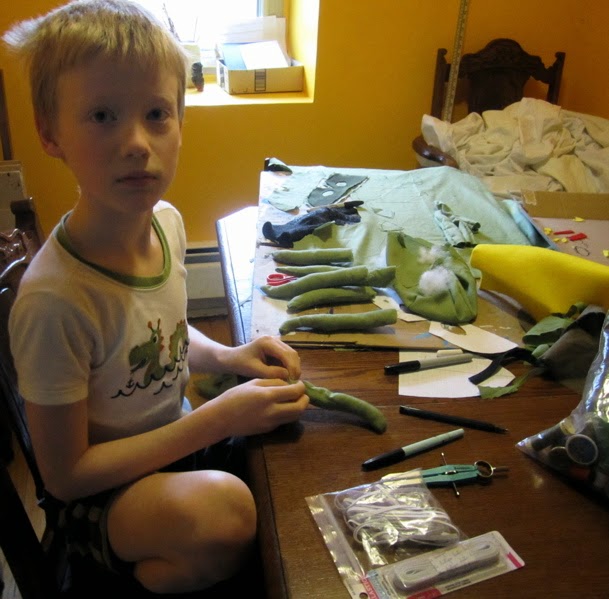 We didn't start until the week before Halloween, so were a bit rushed, but the kids really tried to help out when they could - getting up and working on them before even getting dressed?! 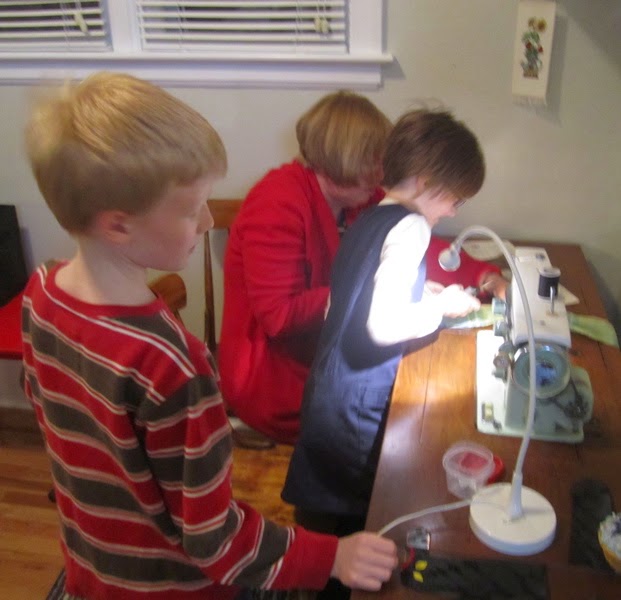 An evening and an afternoon at my folks using Grandmas sewing machine helped a lot. 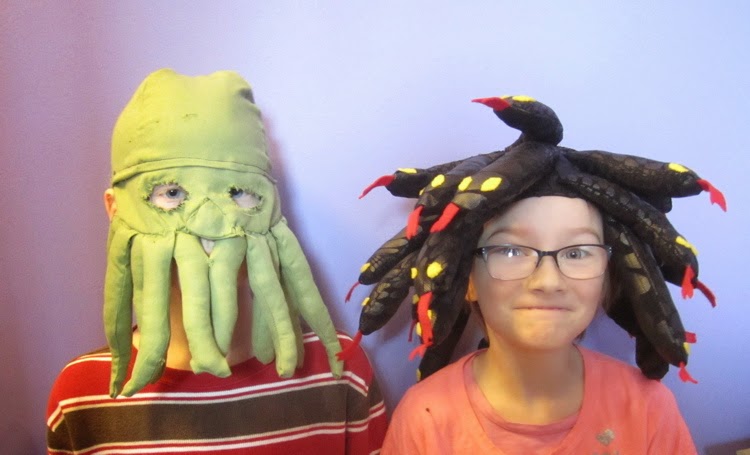 Hats finished. Still had to find The Boy some green clothes and make The Girl's greek dress. 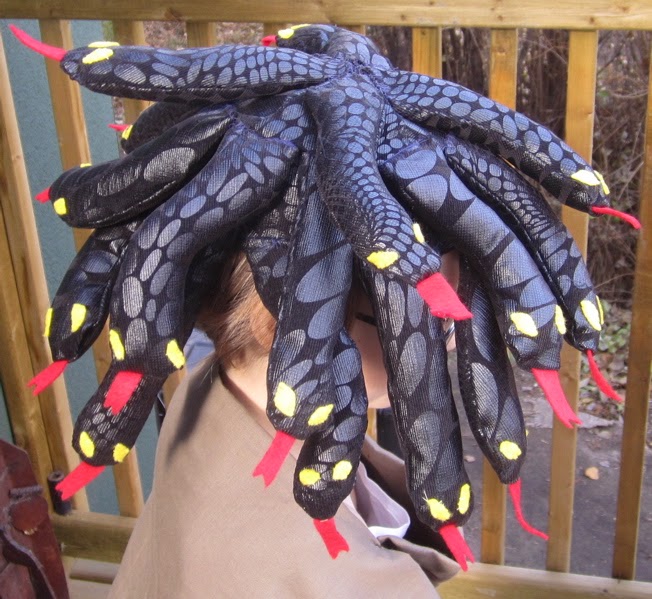 There were a lot of snakes in that "wig"! 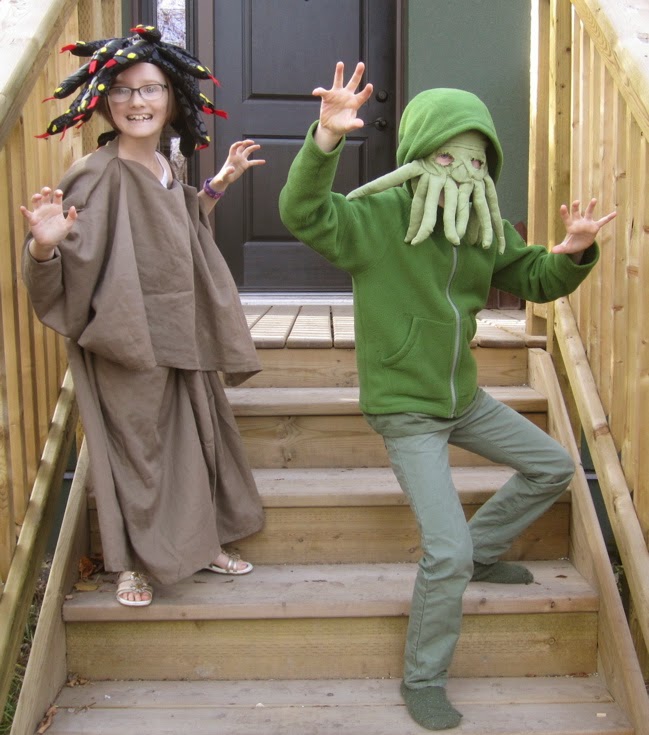 Not bad for a first stab at costume making. Next time we'll start earlier and maybe seek out better materials (instead of just using what we could find around the house...).