Gosh... has it really been half a year since I last posted here!? I'll have to do something about that over the summer.

It definitely has been a year since I did any acrylic painting... (I did do some watercolour painting in the summer and fall...) But here is something new: 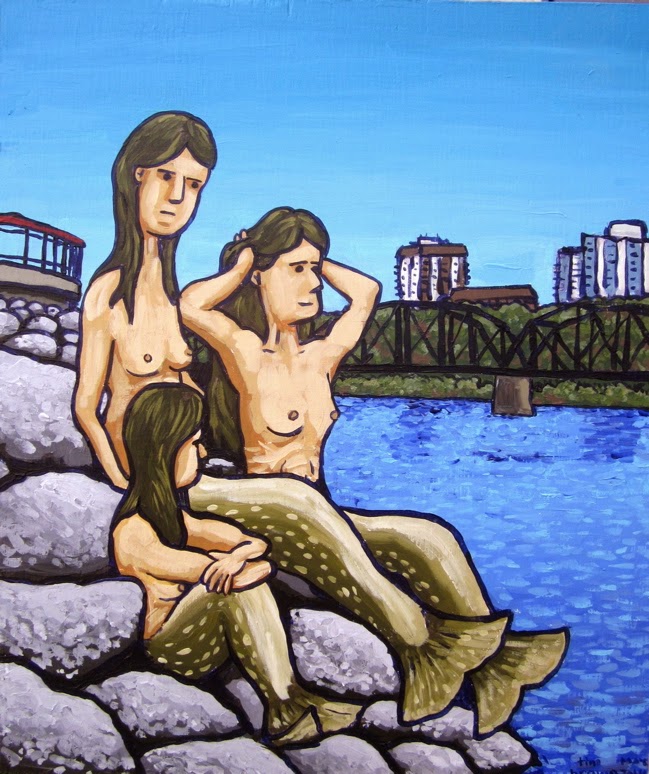 Northern River Mermaids Sun Themselves on the Rocks Near River Landing, May 2014, ~36cm x 43 cm, Acrylic on Plywood

The painting was done for the Wild in the City art exhibit at Unreal City in Saskatoon - which is part of the Wild About Saskatoon NatureCity Festival 2014. The show opened last weekend and will be up until Friday, 25 July 2014.

For those that like to see how the "magic" happens, here's a pic of the painting in the works in my new basement "studio"... 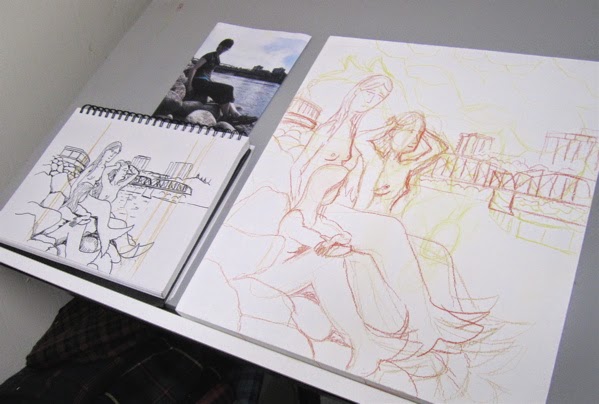 I'm not loving acrylic like I used to. Part of me wishes I'd done it on paper - a line drawing with ink with a bit of watercolour... Ah well... next time (which hopefully won't be a YEAR from now!)

The "studio", by the way, while in the basement has really great light from two great big windows (it's really only a half basement. It's still not entirely setup as there are many boxes of junk piled up in there full of items displaced during the last summer's renovation. At some point I'll get all that crap cleared out and have some dedicated space to work!

Hopefully over the summer I'll find some time to update this blog a bit more. I've been drawing a fair bit in the sketchbook. I do need to do more painting...
Posted by tim at 10:58 AM