Again With the Sewing

We had another productive week of sewing critters....

It all started off with each of us working on one little project. 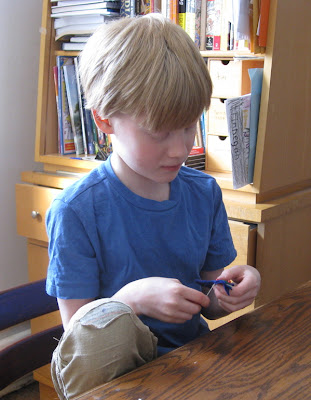 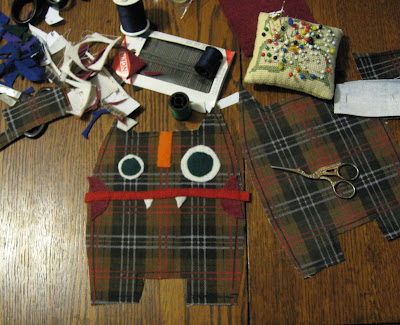 Keira and I started a smaller, browner version of Bluey McB 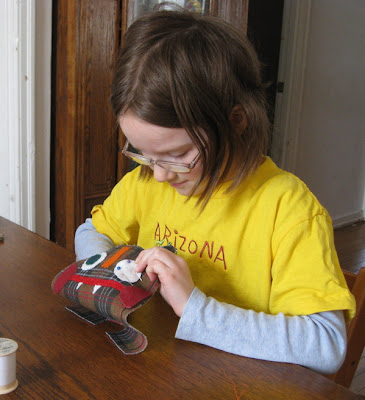 Here's Keira working on hers 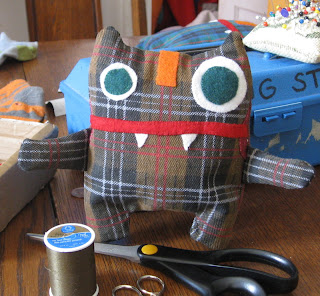 I finished up mine first and decided to call him/her/it Baby Brownie McB. 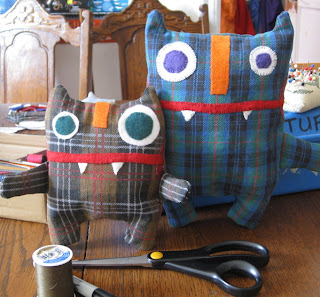 Here he is with the elder McB. The family resemblance is remarkable, no? Even though the Baby McB hasn't grown into it's mature colours. 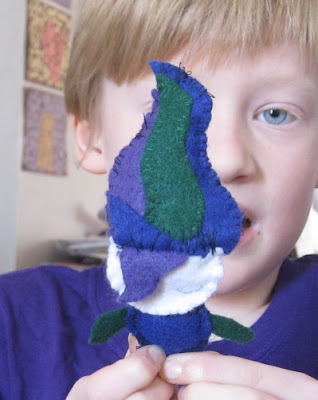 Finnegan finished up his Aquarius Feltie (we sort of followed the pattern from Zodiac Felties, but we didn't have the exact specified colours or beads...)

As I'd finished up mine rather quickly, I worked on a few other things... 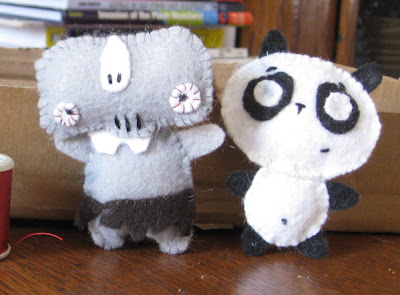 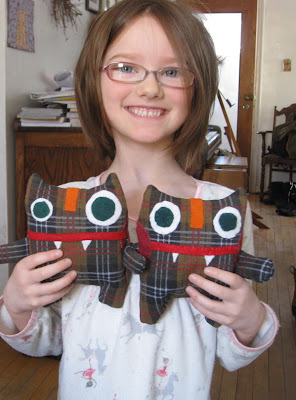 Keira eventually finished up her young Snarglepuss (can you tell which is hers and which is mine?) 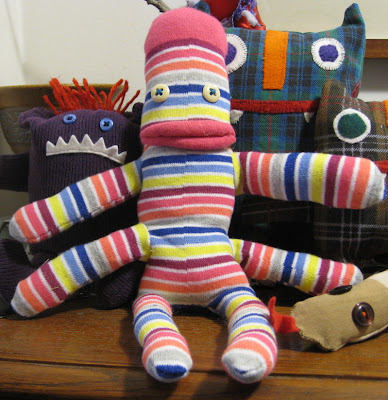 Finally I cranked out a third project - a four-armed stupid sock creature.

The kids are off the my folks for the weekend and are supposed to be working on a few more felites while they are there - I can't wait to see what they come up with!
Posted by tim at 10:29 AM