For our next project we decided to make a horde of Gremlinz. Again, these creatures are inspired by creatures we found in Plush-O-Rama (The gremlins were designed byJessica Croker).

The trick with finding projects for kids to do is finding something that will result in something fun and useful. WE could have sewn round pillows or something but (yawn-oh) how fun would that be? So something fun and/or useful that sort of pushes the limits of their abilities but not so far that they become frustrated and give up…. It’s a fine line… very fine. I kind of had to really push a bit to get them to finish these – it took us a few days to get them all done. But they’re done and everyone is exceptionally pleased with their resulting critter (which will hopefully motivate them to stick with it through more ambitious projects!)

The Gremlinz were considerable more complex than the snakes we did last week. 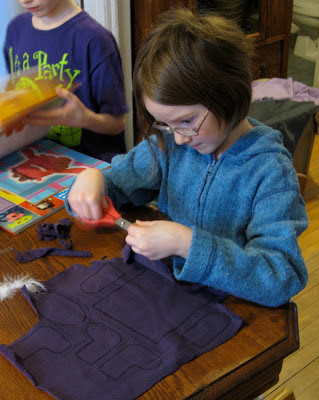 Cutting out bits from the pattern I marked out. 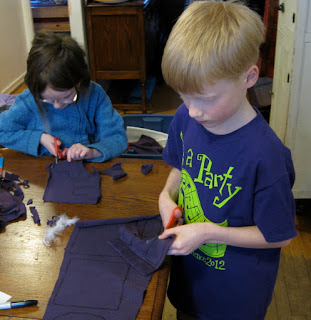 And more cutting… (We should probably invest in some better scissors!) 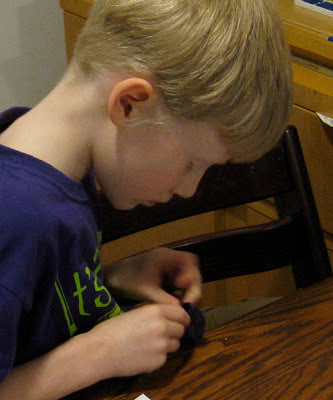 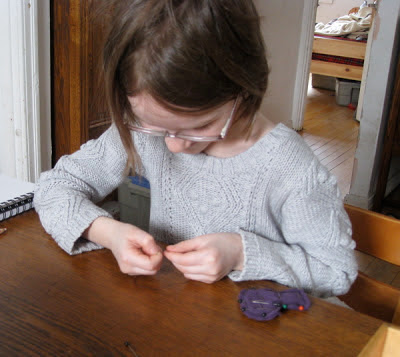 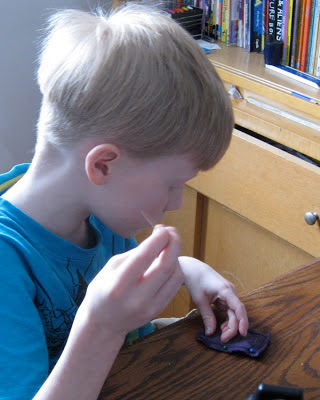 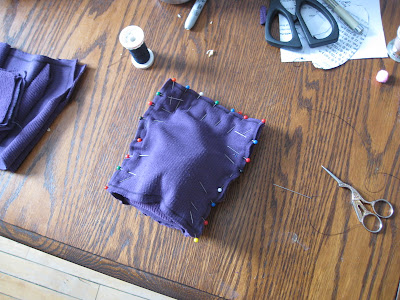 Mine went a little quicker  - as I’m pretty quick with the hand stitching and am pretty focused once I start a project. The kids would stitch together a limb and then say they’d work on it again the next day… 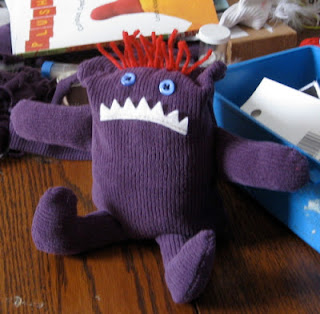 So, my first gremlin was finished up the evening we started…. 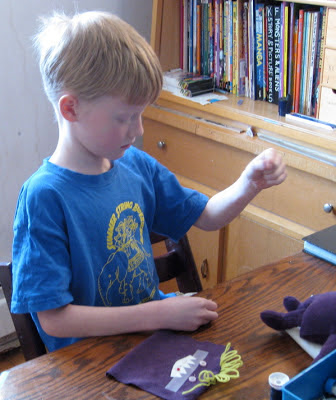 The kids had a few more days of stitching ahead of them…. 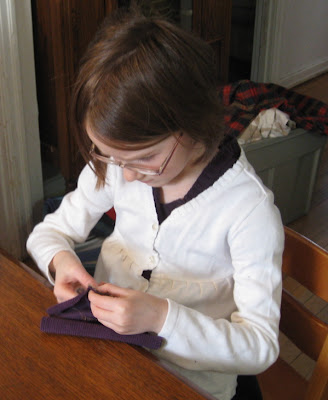 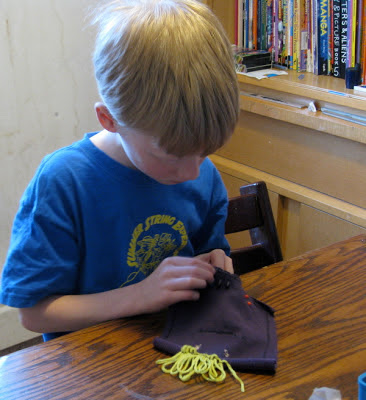 This was mostly done by presenting alternative activities that were even less fun than sitting and stitching all afternoon… I’m a slave driver, what can I say… but sometimes they need that little push to accomplish something and the rewards always justify the means… 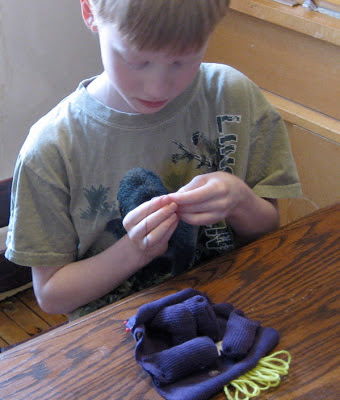 Stitching limbs onto the body – getting there!! 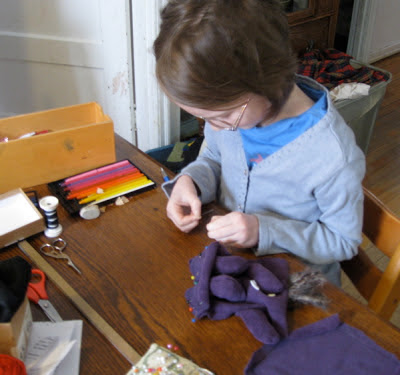 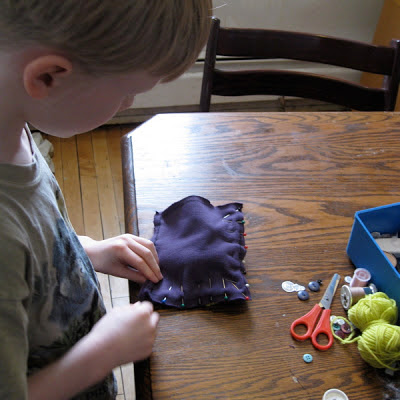 Finnegan stitching the back on his creature 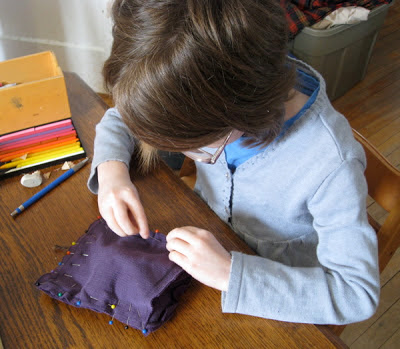 Keira stitching the back on hers. 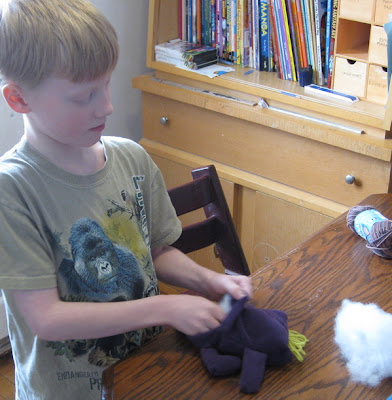 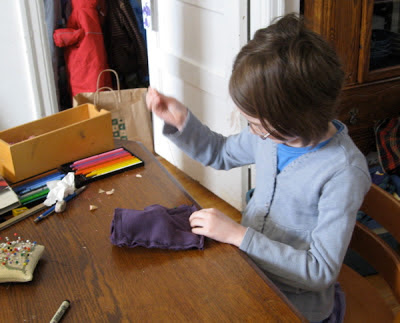 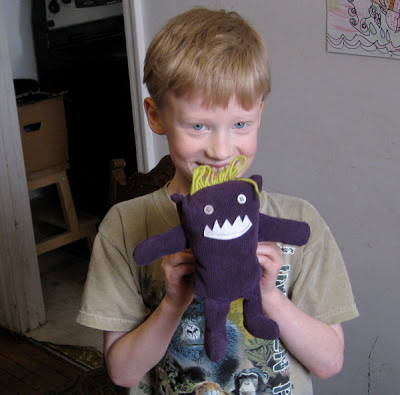 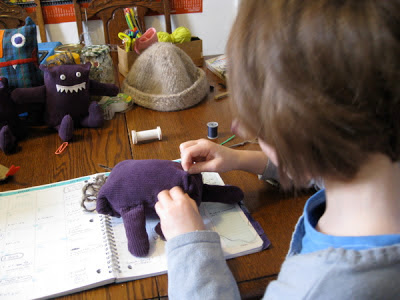 Sewing up the butt. 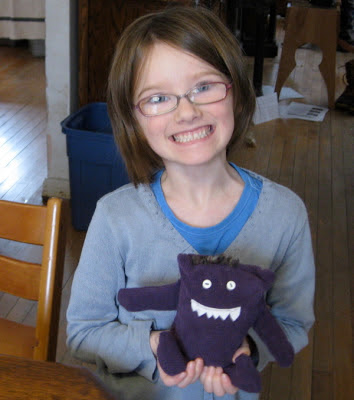 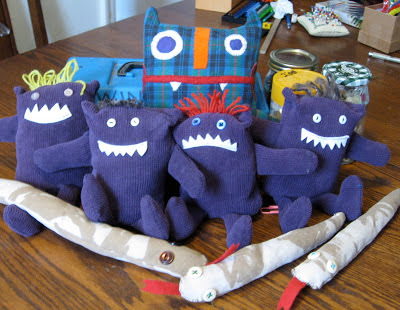 The whole gang – including Bluey MacB and the Snakes.

What to do next!?